Are You Ready for the Next Step in Your Career? 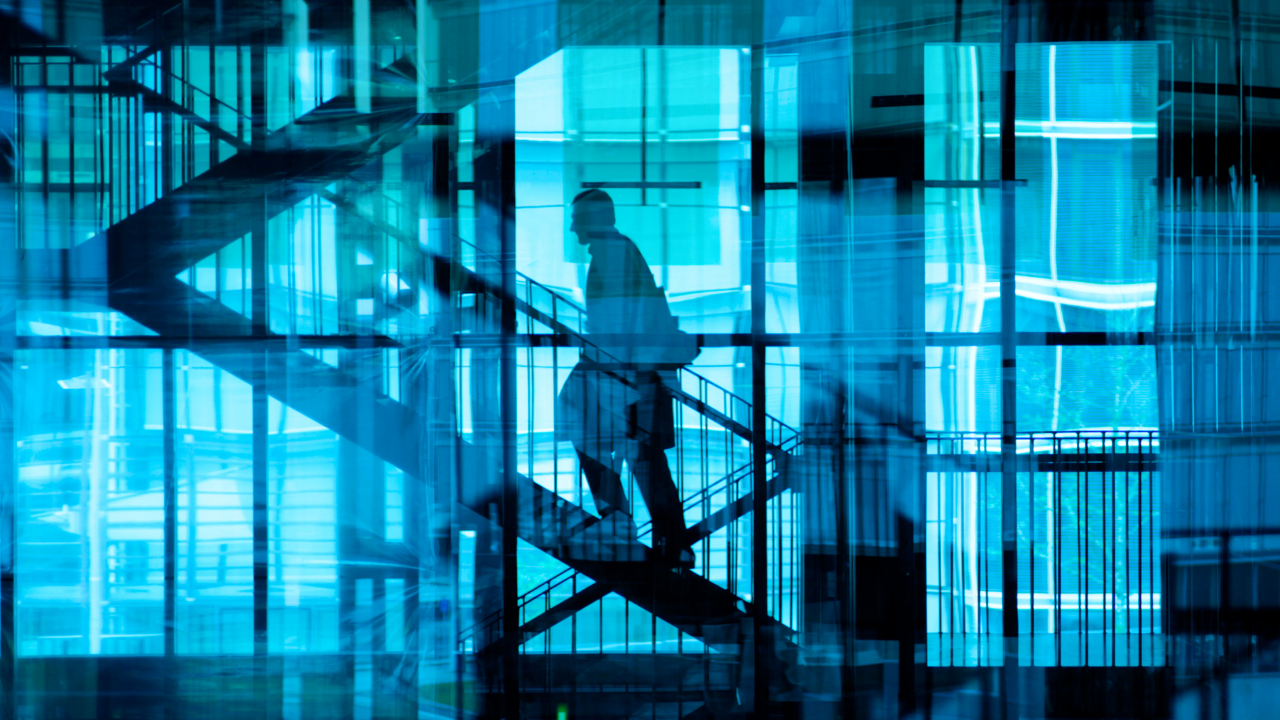 Are you ready to go and apply for a product manager role?

There are three things that you should question yourself when you're really pondering over the decision for anything: 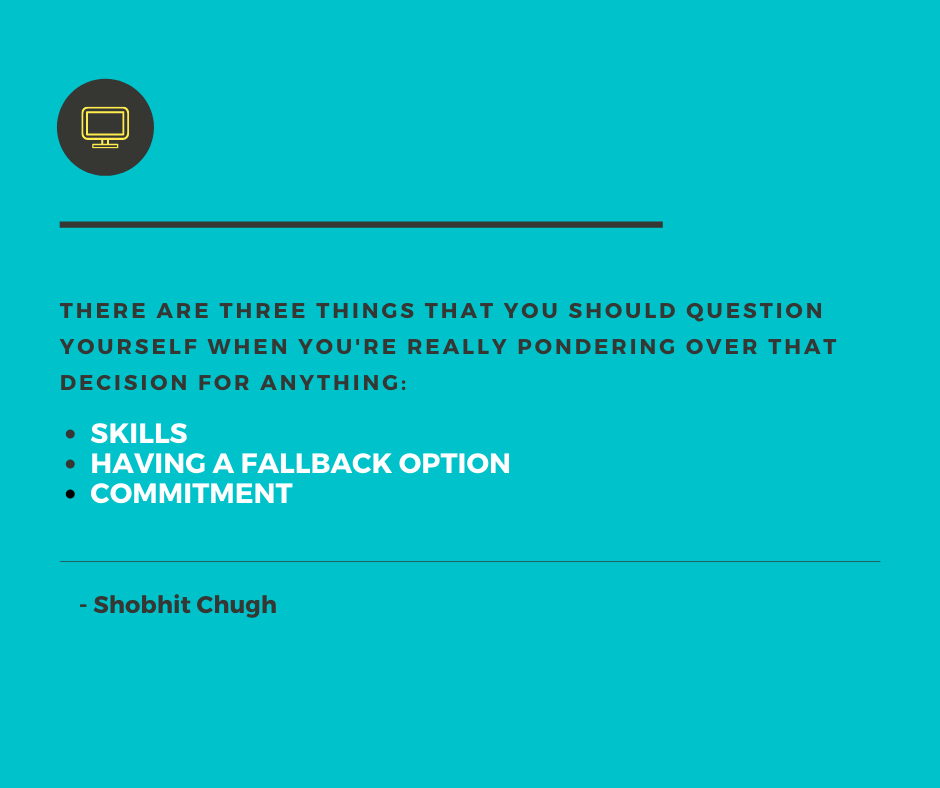 And what I wanted to talk about today was three things that you should question yourself when you're really pondering over that decision for anything. Three simple rules that I have. So, let's talk about, am I ready? Number one is skills. Do I have the skills to do this thing? And what I want you to think about is really think about if you have about 40% to 60% of the skills to do it. Yes, you might not actually have 40 to 60%. You might only have 40 to 60%. And actually, the math checks out. But what I want you to go for, what I want you to really understand is that for most of the things that matter, if you wait till you have all the skills for it, you'll be waiting forever. Because, look, skills are built in motion. They're built while doing the thing. You can do the preparation. You can do the lessons, you can do the coaching, but unless you get into it, you're never really going to build the skills for it. And so if it's really a desire for you, all you'll have is waiting. You'll just be waiting, waiting, waiting, waiting for awhile.

I mean, for me, I waited for a while before I went into coaching. I was like, "Am I really a coach? Can I teach people? I'm not a trained professor. I'm not trained this blah, blah, blah. Should've jumped in a year sooner, two years sooner." So, that's what I want to challenge you. If you have 40 to 60% of the skills, go for it. Just go for it.

The second one, if you have a fallback option and I want you to have a fallback option that's 80% as good as your current role or your whatever current thing you're working on. See, so many times I find people not going for the next step in their career because they worry about the pain. And as Brendon Burchard outlines this, three kinds of pain. When you're going for something new, there is the loss pain, which is, what would I lose if I went through that route? There is the process pain, which is all about how difficult this whole thing would be. And then there is the outcome pain, which is all about, even if I went through all this, would it be worth it in the end or would I actually end up in a place that's worse than where I am right now?

So most of the time, these pains or it's not these pains are that bad. It's the fear of these pains is terrible. So what I tell people is in order for you to get over the hump and actually go for something, you got to prepare for the worst case scenario. And most of the time when we actually dig into the worst case scenario, it's actually not that bad. I mean, Tim Ferriss says this all the time. Most of the time you are treating a potential three or four on a scale of 10 of pain, your potential, with a very low likelihood, with 8 or 9 or 10 in a permanent change in your life.

So the upside is so high, the downside is so low if you really think about it, but you're still so worried because you haven't confronted that pain. So I want you to do is to confront that pain right now and then really think about how would you handle it. Most of the time where people end up is that they can get to about 80% of where they are right now with just a little bit of effort, even if the worst case thing was to happen.

So, what does that mean? That simply means that as long as you have a plan for 80% good enough outcome, you're good. Just go for it. And then last thing. So, so far we've talked about two things. We've talked about 60% skills, 40 to 60% skills, 80% fallback option, and then 100% commitment. It's the same question that I ask before I enroll anyone in any of my programs, whether it's one-on-one coaching, whether it's intentional job search or whether it's product leader blueprint and soon to becoming mastermind.

So, to backtrack, very simple equation. If you want to decide, if you want to go for something, you need 40 to 60% of skills, 80% fallback option, you've thought through the downside and you're going to go for it. And then 100% commitment that you're willing to do what it takes to make your dream a reality, to get that next job, to excel in your career, to go for that program, do whatever it takes to get to the next level.

Now, what I find, unfortunately, is most people have 80% of the skills, but they have not thought through the fallback plan so they're scared. And then they never get to that commitment to actually go for things. And this is all psychological work, really. It's nothing to do with the actual facts because I've seen people with much less skills, never done product management now really going with me for the job. So, it's really committing themselves, getting better, practicing, networking, going crazy and landing roles so much higher than people who were a lot more qualified, had a lot more experience because these other people either kept being scared and not really thinking of the fallback option and getting over the fear or they never really committed themselves.

So, I have a strong belief that almost everything you want to achieve skills matter, but 80% or 90% of what you need is psychology. And that often comes from truly committing. Once you're truly committed, when your backs to the wall, that's when you truly go for the big outcome and you achieve great things.

That's all I wanted to share today on this Saturday. As usual, if you are ready to commit to a goal and it's one of the goals that I help with, you know where to go leadtheproduct.com. I'll drop the link below. Apply, find some time with me, we'll build a step-by-step plan on exactly how are we going to get you there. And if you are 100% committed, if you're willing to go for it, I'll invite you into a program if you're good for it. If you're not, I'll just tell you, "Go to this place or you're not ready." This is Shobhit. Awesome seeing some of you who are live, have been watching. And I look forward to seeing you very soon.

Stay connected with news and updates! 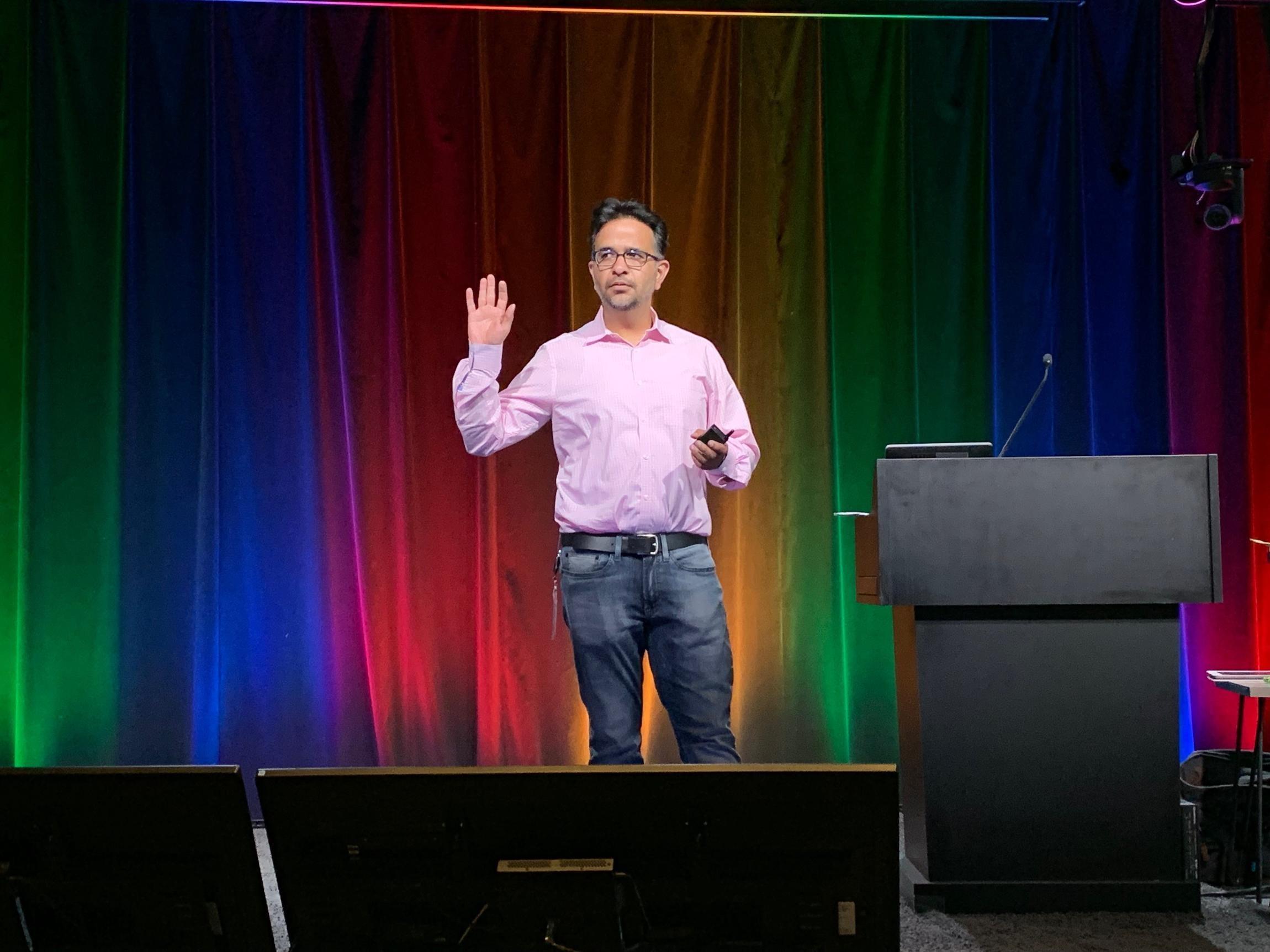